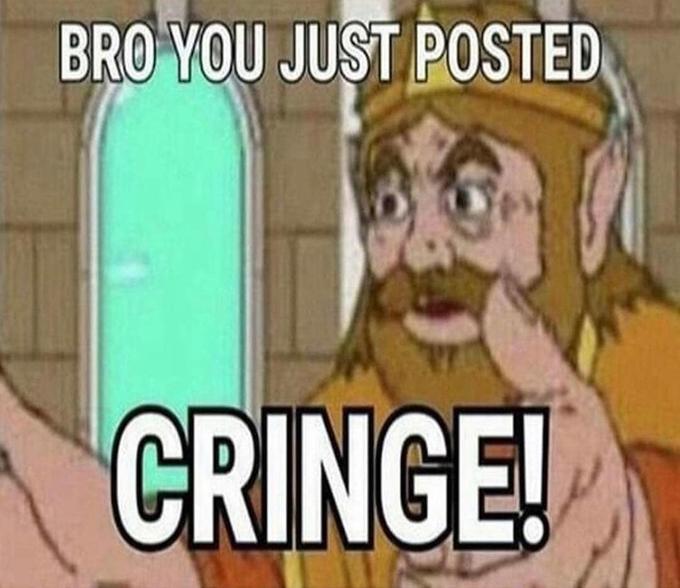 “Bro! You just posted cringe!” is a catchphrase that appeared in a series of reaction images, used to highlight the quality of content that an individual posted.

On August 23, 2018 a user on iFunny, FunnyInternetMan, uploaded an image with this caption “Bro! You just posted cringe! You are going to lose subscriber!” to the platform, gaining over 3,300 likes and 950 re-posts over the span of nine months.

In October of 2018, a YouTuber called apandah used the image as a reaction to a twitter users post, that gained 5 retweets and 95 likes in six months. In that same month, the same YouTuber used the image to reply to yet another post, receiving 20 retweets and 560 likes over the next six months. The days following, Twitter users started to use this image as a reaction to multiple tweets.

In the following months, the image was circulating popular social media platforms as a response to cringe-worthy posted content.